Call For a Free Consultation

I’ve been a DWI lawyer in Houston for over 25 years, as well as an Assistant District Attorney & Chief Prosecutor for the Texas Alcoholic Beverage Commission. I know first-hand how prosecutors work and the intricacies of the DWI legal process. My team stays up to date on the latest DWI laws and we’ve have helped hundreds of people develop their best DWI defense. In most instances, DWI charges have been dismissed, qualified for pre-trial intervention or given deferred adjudication. You can even get the record of your DWI arrest sealed. Call me directly on my cell for a free no-obligation DWI consultation.”

15 Days to Save Your License!

You only have 15 days to stop your license revocation by requesting an Administrative License Revocation (ALR) hearing or lose your driver’s license.

DWI charges require a proven Houston DWI lawyer. Do not leave anything to chance or in the hands of an overworked public defender. DWI is a serious crime and a conviction comes with harsh penalties. A DWI defense must include elements that only an experienced DWI lawyer will know.

What are the Penalties for a DWI in Houston?

A first DWI conviction starts with:

The penalties for DWI only get worse if you have:

Should You Hire a Houston DWI Lawyer?

You probably are not a hardened criminal. In other words, you made a mistake and need to know if you should hire a Houston DWI lawyer. However, it is essential that you know the consequences of a DWI conviction and understand the seriousness of your situation. This is not the time to go it alone.

The Choices You Make Today Will Affect the Rest of Your Life.

You face a number of penalties, including jail time. Moreover, your problems get more punitive, complicated and expensive if this is not your first DWI. As a result, you need to consult a Houston DWI lawyer for an expert opinion. A DWI conviction can stay on your criminal record for life.  Don’t let a mistake ruin your future.

Hiring a Houston DWI Lawyer is the Right Decision 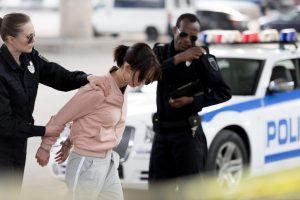 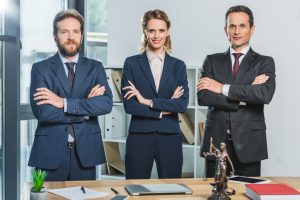 How Much Does a Houston DWI Lawyer Cost? 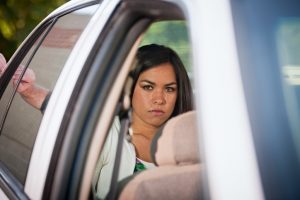 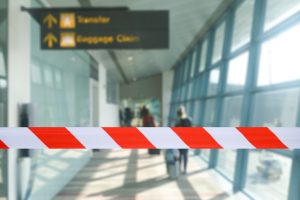 Are There Travel Restrictions After a DWI 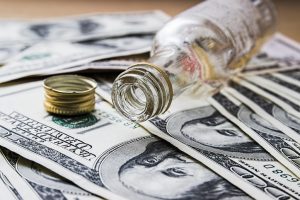 What is the Cost of a DWI? 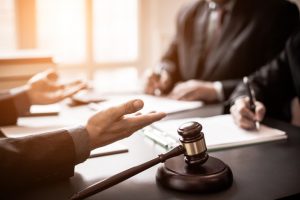 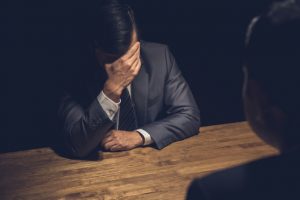 What are the Penalties for a Second DWI Conviction in Houston? 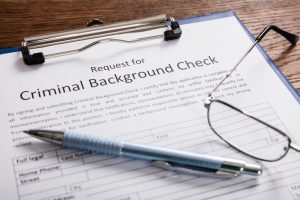 How Long Does A DWI Stay On Your Record? 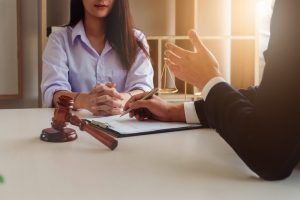 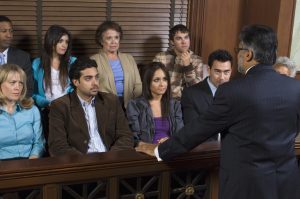 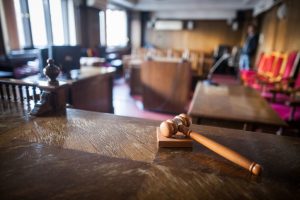 How Do I Get Deferred Adjudication? 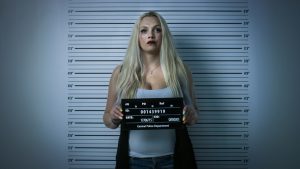 What are the Penalties for a Third DWI Conviction? 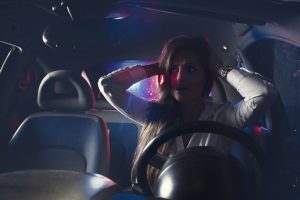 Do You Know Your Rights During a DWI Stop?

What are the Penalties for Underage DWI? 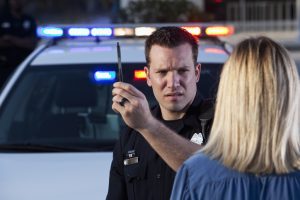 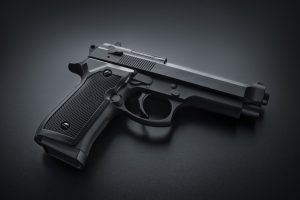 Is Possessing a Gun During a DWI a Crime? 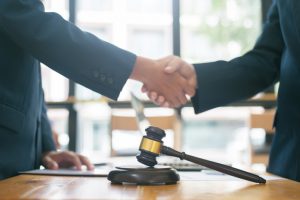 Can You Beat a DWI in Houston, Texas? 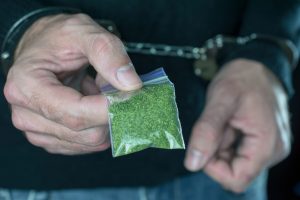 Can You Get a Marijuana DWI? 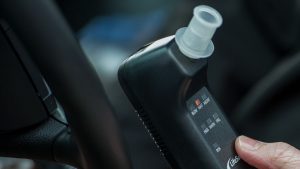 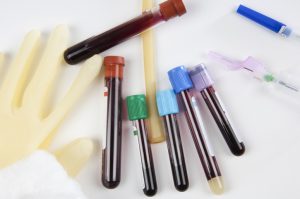 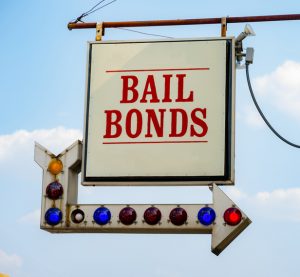 How Do I Bail Somebody Arrested for DWI Out of Jail?

Is There an Online Search to Find People Arrested for DWI? 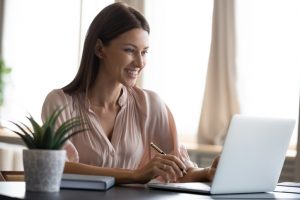 Are There Online Alcohol Education Programs During Coronavirus ?

“You have the right to remain silent.”  Everyone has heard these words known as Miranda Rights.  If you're lucky, you've…

How Much Does a Houston DWI Lawyer Cost?

If you have been charged with a DWI in Houston, you are probably considering hiring a Houston DWI lawyer.  While…

Are There Travel Restrictions After a DWI

Travel abroad after a DWI can be challenging. In other words, your criminal record travels with you and can often…

What is the Cost of a DWI?

Did you know that the cost of a DWI in Houston can exceed $20,000 if convicted? Here is a breakdown…

There are two cases you need to be concerned with when arrested for DWI. The first is the DWI charge…

The DWI legal process is actually comprised of two separate processes: 1) a criminal proceeding where you can face severe…

What are the Penalties for a Second DWI Conviction in Houston?

A second DWI conviction takes your problems to the next level. That is all the more reason to hire a…

How Long Does A DWI Stay On Your Record?

In Texas, a DWI stays on your criminal record for life. This is important because anybody who does a criminal…

Pre-trial intervention for DUI charges is comparable to probation for criminal charges.  It gives you an opportunity to have your…

You’ve been arrested.  Where do you start when you need legal help?  Do you need to request a public defender…

How Do I Get Deferred Adjudication?

What are the Penalties for a Third DWI Conviction?

What are the Penalties for a Third DWI Conviction in Houston, Texas? Everyone makes mistakes. DWI convictions can be easier…

Do You Know Your Rights During a DWI Stop?

When stopped by a police officer for DWI, you have rights. Knowing your rights during a DWI stop could be…

How to Avoid a Spring Break DWI

How to Avoid a Spring Break DWI Spring Break in Texas brings fun and relaxation for students and teachers alike.…

What are the Penalties for Underage DWI?

What are the Penalties for Underage DWI in Houston, Texas? Alcohol-impaired driving by people under the age of 21 is…

Can Household Items in your Vehicle Lead to Drug Paraphernalia Charges?   In short, the answer is yes. In fact,…

Is Possessing a Gun During a DWI a Crime?

Is Possessing a Gun During a DWI a Crime? Texans love their guns and the rights provided under the 2nd…

I was stopped for DWI in June 2016. When questioned, I responded honestly. After all, I consider myself to be an accountable person. For instance, I admitted to having drinks at a bar earlier in the evening.  Secondly, I voluntarily took a field sobriety test. After that, I offered to take a breath test. In other words…

I did everything wrong.

As a result, there I was in a 20′ x 15′ holding cell with 40 other criminals. Firstly, I was charged with DWI. Secondly, I was also charged with unlawful carrying of a weapon even though I had a CHL. How was that possible? Nobody would tell me. However, they made it very clear I could lose my right to own a firearm.  Meanwhile, my wife could not get any information since I was unable to call her.

Eventually, I was released after posting bail with little more than a court date and a stack of papers I could not decipher.

You Need a Houston DWI Lawyer

As a result, we contacted Clyde. He listened intently and asked lots of questions. Subsequently, he requested an administrative license revocation hearing to save my license. Secondly, he prepared my DWI defense. We spoke regularly as the court date approached and he made it clear what our defense strategy was and exactly what I could expect.

I don’t know how I would have done this on my own. In short, you need a Houston DWI lawyer.