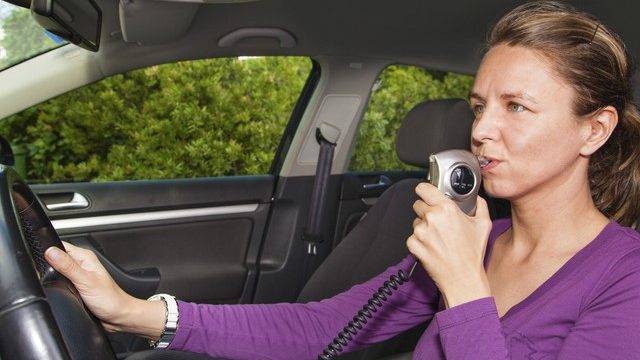 Ignition Interlock – also known as a breathalyzer – is an electronic device that requires a driver to blow into it before starting or continuing the operation of a vehicle. The interlock device is located inside the vehicle, near the driver’s seat, and is directly connected to the engine’s ignition system. If the blood alcohol content (BAC) of the driver is higher than the legal limit, the car will be shut down and the results will be reported to the appropriate authorities either real time or at the time of the driver’s monthly interlock calibration.

How Do Ignition Interlock Devices Work?

Blood alcohol levels serve as a signal to IIDs. When the device detects that a blood alcohol exceeds the legal limit, it prevents the ignition of the vehicle. IIDs require retesting for each drive as well, sometimes known as a “rolling restart.” Interlocks also have a lock-out period that keeps the drunk-drivers from driving a vehicle. This period gets longer and longer with subsequent failure in tests for blood alcohol content. A common misconception is that interlock devices will simply turn off the engine if alcohol is detected; this would, however, create an unsafe driving situation and expose interlock manufacturers to considerable liability. Ignition interlock devices do not have an automatic engine shut off feature.

A growing number of states make an ignition interlock device mandatory, rather than simply leave it to the judge’s discretion, in certain types of drunk driving cases. In fact, many states have begun requiring first-time offenders to have IID’s installed. The most common situations in which these states require an IID include:

Generally, the offender must pay any fees associated with an IID. These can include fees for the device itself, an installation fee, monitoring or calibrating fees, and a security deposit and/or device insurance fee. Some (but by no means all) states reduce certain drunk driving fines for those able to demonstrate an inability to pay the costs of an IID.

Installation costs costs average about $150 and the monthly cost of the ignition interlock is usually $70-$100.

Can Ignition Interlocks Be Wrong?

Every technology comes with its pros and cons. On the one hand, the introduction of ignition interlock to the vehicle frees us from the concerns regarding drunk driving while, on the other hand, it poses several problems due to limitations in the technology.

According to an estimate in 2008, made by Vice President of the Alliance Automobile Manufacturers, even Six Sigma ignition interlock device shows 4,000 misreading in a day. This is the indication that the rate of misreading actually falls in the category of Three Sigma (which is equivalent to 2,700 defects per million), which is about 3 million misreadings (per day) throughout the country.

Ignition Interlock often responds to items other than alcohol.

Interlocks are great to prevent repeated drunk driving. However, if a person is doing everything right, false positives can be both frustrating and costly. When an ignition interlock device malfunctions, it can cause serious problems for the driver and their loved ones. It can prevent people from getting to school, work, home, or even to the hospital. It can violate your probation and result in additional fines or jail time. The DWI legal process is difficult enough without including what at best is imperfect technology.

Avoid Having to Install an Ignition Interlock on Your Car. Contact Clyde Burleson.

To avoid having to deal with penalties like ignition interlocks, you’ll want the best DWI lawyer in Houston. So be sure to contact Houston DWI attorney  Clyde Burleson at 713-628-1503