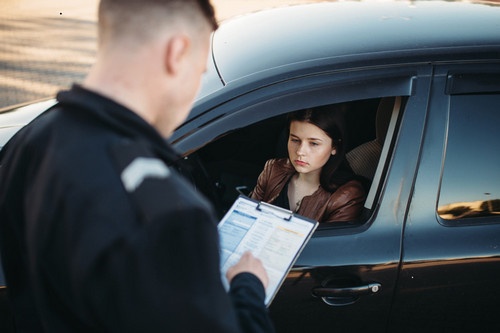 What is the Difference Between a DUI and DWI?

The difference between a DUI and DWI is largely unknown by most, and the acronyms DUI and DWI are often used interchangeably, but there is a clear legal distinction between them, especially in the State of Texas. While many people know that DUI is short for ‘driving under the influence’ and DWI stands for ‘driving while intoxicated”, that is often where most people’s knowledge on DUI vs DWI ends. Let’s take a look at how they are different and what you need to do if you are charged with either.

What does Driving While Intoxicated or DWI mean in Texas?

The legal definition of driving while intoxicated in Texas is made clear in Texas Penal Code 49.04, and states that ‘intoxicated’ in the state of Texas means the operation of a vehicle while in a state of intoxication. It also defines intoxicated in two ways:

What does Driving Under the Influence or DUI mean in Texas?

According to Texas law, anybody under the age of 21 who has any amount of alcohol in their system can be charged with DUI. Texas Alcoholic Beverage Code 106.401 states that driving when a minor is under the influence in a public space with ‘any detectable amount of alcohol’ in their system, then they are driving under the influence and will be charged under Texas’ Special Zero-Tolerance Rules for Minors or Driving Under the Influence of Alcohol (DUIA).

In Texas, a DWI is a more serious charge because it falls under the Texas Penal Code and has a variety of severe penalties from fines to jail time. A DUI is strictly reserved for minors (under 21) and is charged under the Texas Traffic Code. Because it is illegal for underage residents to consume alcohol in Texas, the state has enacted “zero tolerance” rules for any driver under the influence under the age of 21. Underage drivers with “any detectable amount of alcohol” in their system can be convicted of driving under the influence of alcohol (“DUIA”), whether they are intoxicated or not. However, minors who meet the DWI standards DWI standard for intoxication as described above can be convicted of both DWI and DUIA.

DUI or DUIA by Minors Under 17 Years of Age

DUIA is a Class C misdemeanor. A first conviction carries a fine of up to $500, a minimum 60-day license suspension and up to 40 hours of community service. They will also be required to attend an Alcohol Awareness Course that can extend over the course of many months.

For a motorist age 17 to 20, DUIA is Class B misdemeanor and can carry up to $2,000 in fines, jail time up to 180 days and a minimum 1-year license suspension. This suspension may be reduced to 90 days when coupled with community supervision and use of an ignition interlock device (IID) but that is completely up to the discretion of the judge.

What You Should Do Following A DUI Or DWI Arrest

No matter the difference between a DUI and a DWI, the first thing you need to do is contact an experienced DUI / DWI attorney who can fight for your license, protect your rights and explain what you can expect moving forward. Call Clyde W. Burleson, P.C. at 713-628-1503 or contact him to get immediate help with your case!

Is There an Online Houston DWI Arrest Look-up?

How Much Does a DWI Lawyer Cost in Houston, Texas?

What is the DWI Legal Process in Houston, Texas?